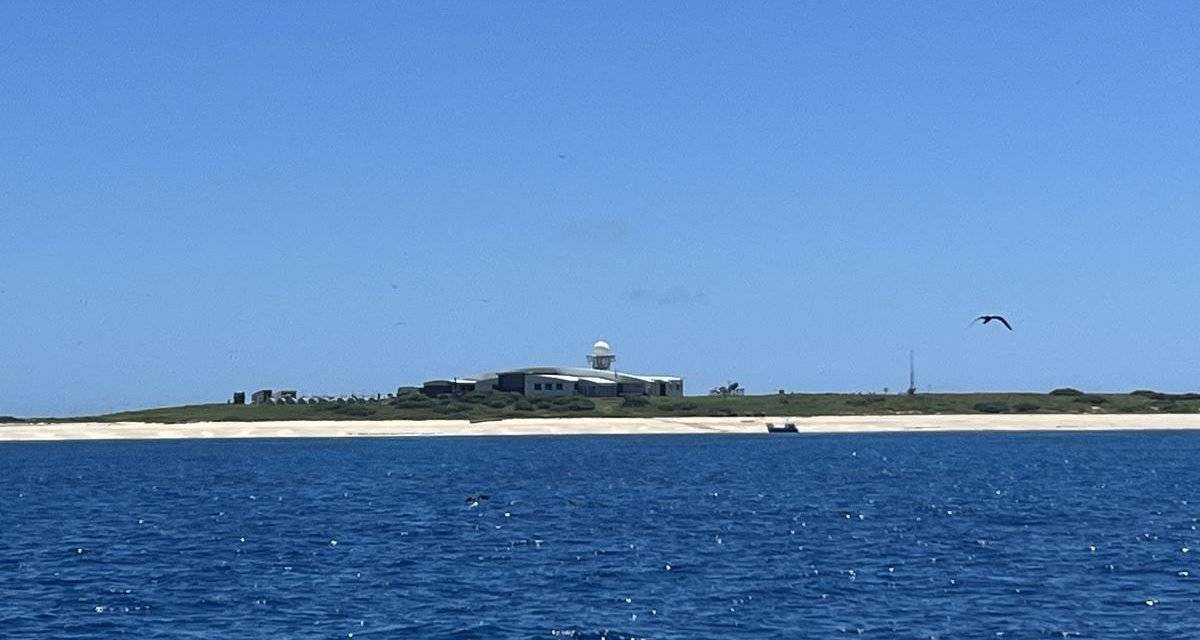 [NEWS UPDATE] – Sands continues to be active when time allows. He’s often very busy with work. For those who asked, now he’s sometimes QRV on 10m, his fan dipole is running NE/SW direction. Few days ago, Sands also forwarded some history: Memorabilia from VK9DWX (2008). His QSL is also included in the gallery.

[JANUARY 1, 2023] – If you hear VK9WX sometime soon on 10m, that’s because Sands recently constructed a 10/6m fan dipole.  He installed it using 2 anchor points on the DX Commander vertical he uses. So far a QSO on 10m with Taiwan was made, although the fan dipole is yet to be fully tested. Thanks to Sands for sending the picture and video. 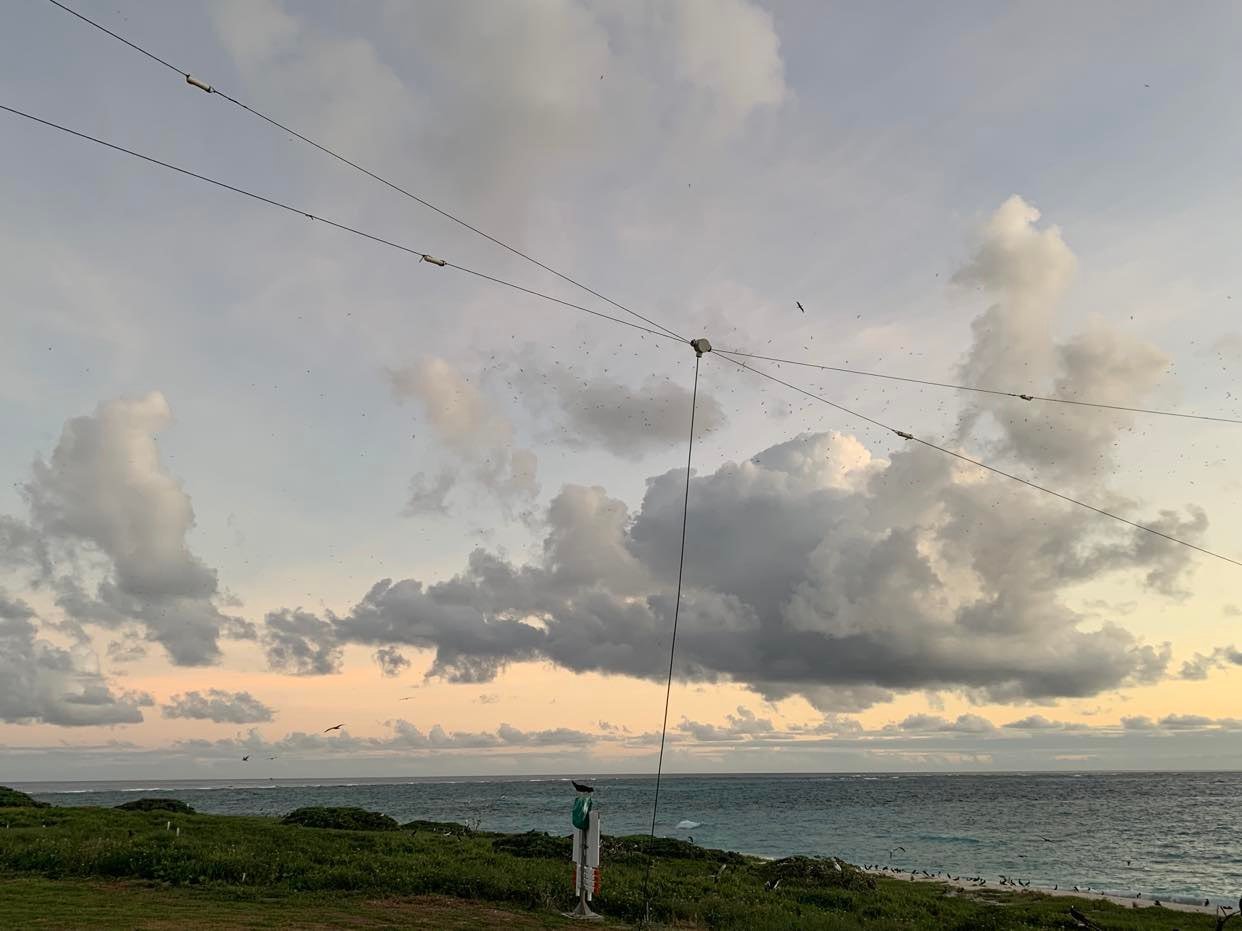 [DECEMBER 23] – Sands continues to be active on 40 & 20m DX nets when time permits. Meanwhile,  M0OXO is confirmed as QSL manager for VK9WX. Cards likely available early into the New Year.

LISTEN TO VK9WX ON 20SSB

[DECEMBER 3] – Here’s two pictures that Sands sent earlier today. Population = 4, except it’s probably not that peaceful with all the birds flying overhead or on the ground 🙂 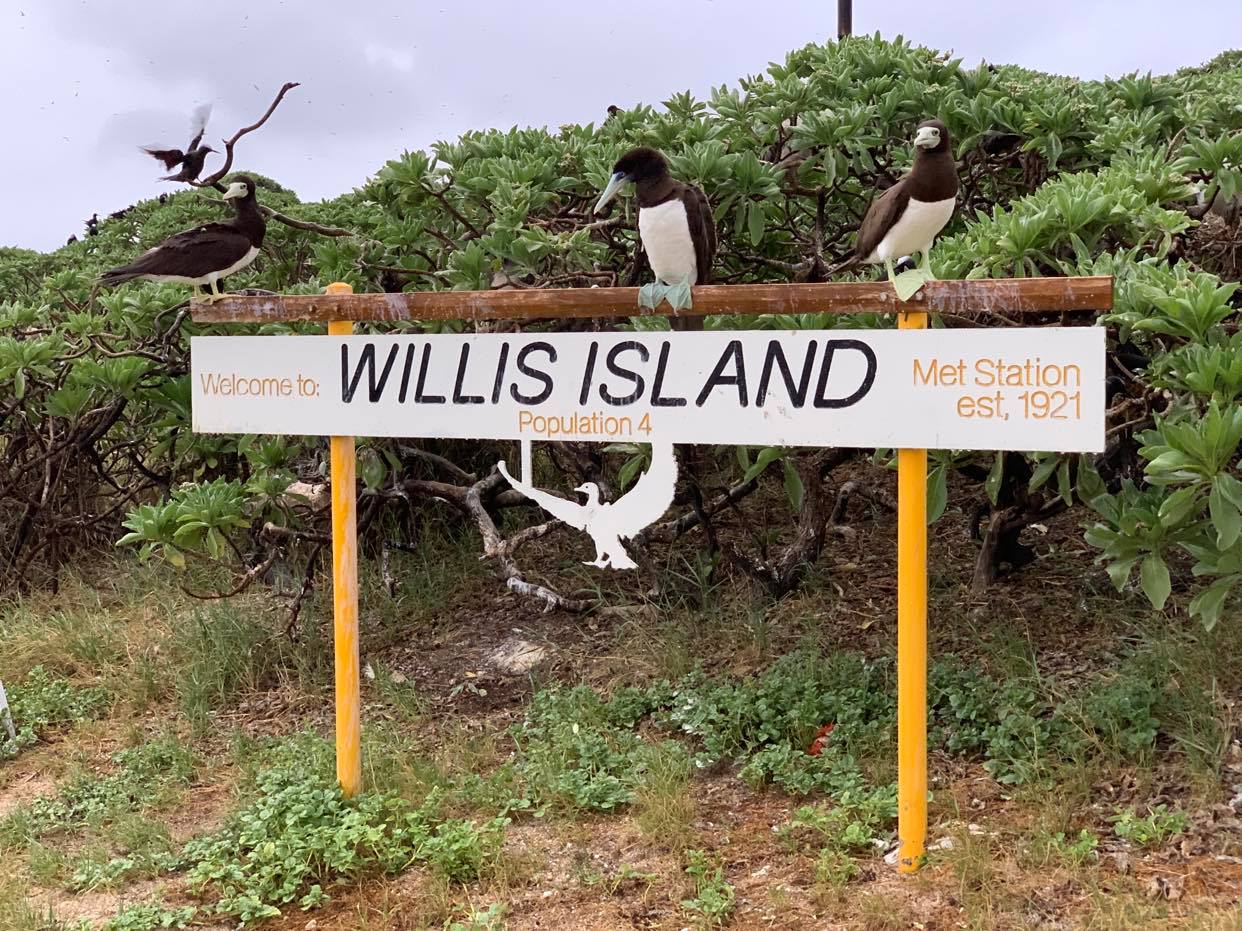 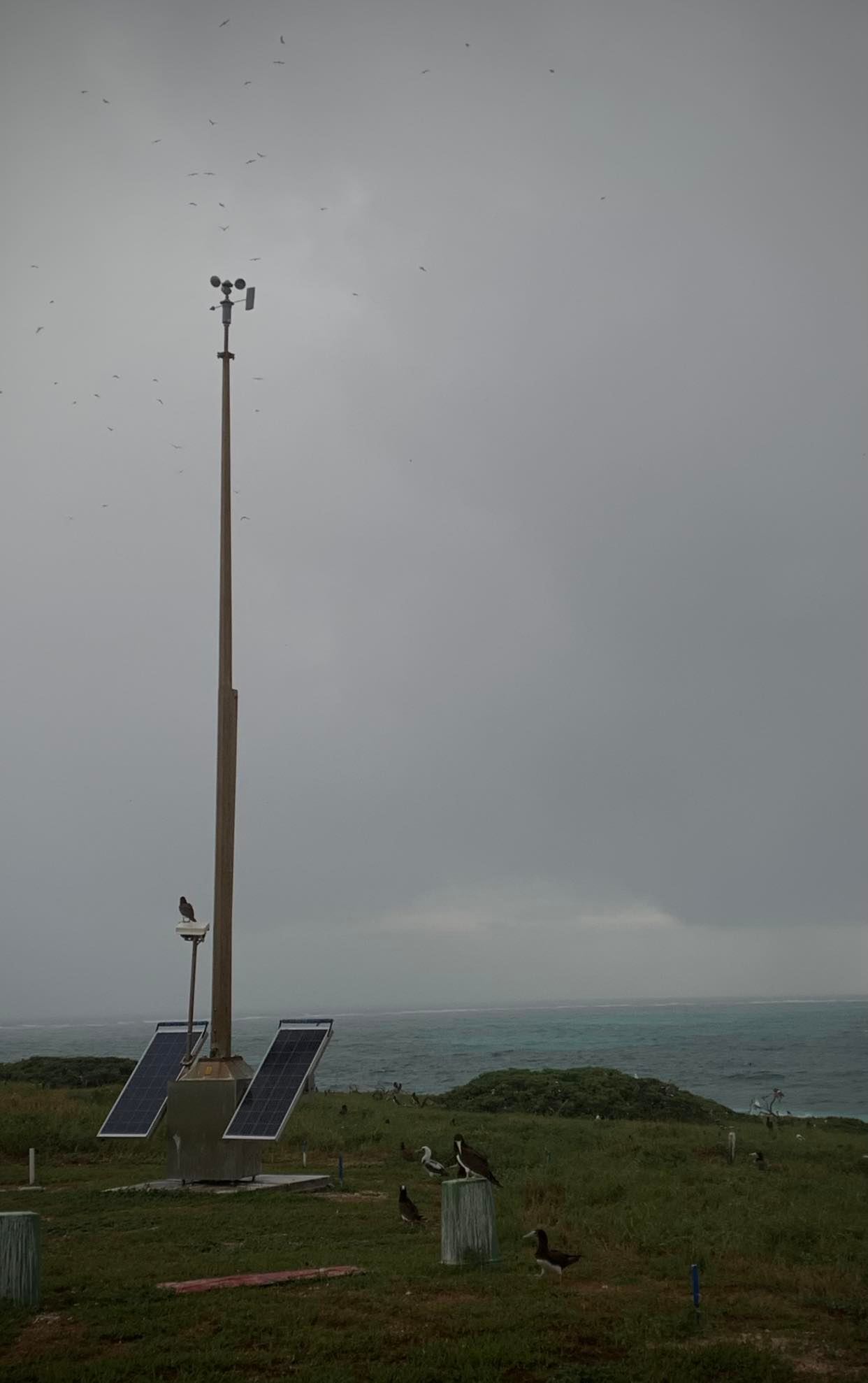 [DECEMBER 2] – Sands VK9WX sent DX-World two videos directly from Willis island. First one shows a weather balloon being launched while the second video shows his vertical antenna (DX Commander). Unfortunately, the vertical doesn’t tune too well on 80m, says Sands, so he will be looking at alternative antennas for that band. 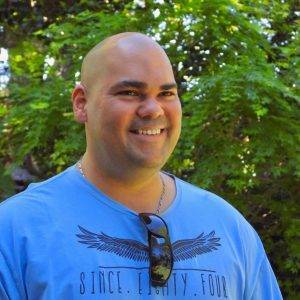 The Australian Bureau of Meteorology has a weather monitoring station on Willis Island. The station was established in 1921, it serves as an early cyclone warning service for the state of Queensland.

The meteorological station is staffed by crew of 4 that rotate every 6 months. There are 2 Observers (including myself), 1 Officer In Charge (OIC/Observer) and 1 Technician. I have been on the Island since October 2022 and will be here until the end of April 2023.

My operating position on Willis Island is a Yaesu FT-891 transceiver with a DX Commander Classic multiband vertical antenna. I have an SDRplay receiver that I am yet to setup.

I am hoping to make a number of contacts during my time here. Thank you for visiting the VK9WX QRZ page and look forward to having a QSO with you on the air!