VK9CM is now QRT. Thank you to all of you around the globe who made contcat with us. To those who tried but did not make it, we hope you will be able to do that next time. Final logs should be uploaded within 24 hours.

OCTOBER 27 – Our flight has been rescheduled for Saturday, 29 October. There are only two regular flights a week to Cocos and these are usually fully booked a couple of months ahead, so this left us with no alternative but to take whatever has been offered.

Unfortunately, we’ve lost four days and are now left with only five days of on-air time. Discussions are being held on how to pack a 10-day’s Dxpedition into five days.

The team is disappointed with the situation but at the same time also determined to make the best use of the remaining time.

[OCTOBER 26] – The weather has not significantly improved so today’s flight was also cancelled. The next flight to Cocos-Keeling is not now until Saturday (0900 local). Team will stay in Perth until then operating from time to time at the QTH of VK6AS.

[OCTOBER 25] – The team departed Perth on schedule at 1230 local time. Unfortunately, they got half way to Cocos Keeling when the captain announced they were returning to Perth due to tropical storms to the north.

The airline has advised that they’ll try to reschedule the flight for Wednesday, 26 October. 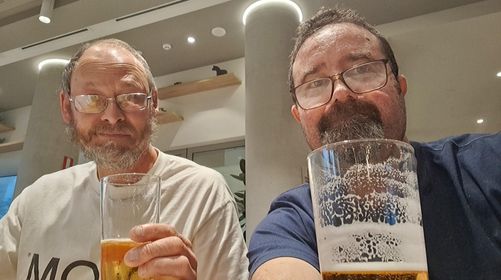 [OCTOBER 23] – QSL manager EB7DX informs LoTW certificates already received and will be uploaded immediately after the DXpedition. Meanwhile, a further update by the team:

Our agent advises that our sea cargo shipped to Cocos has arrived at its destination. Final preparations are now under way in Melbourne and Perth for the team’s departure from Perth on 25th October.

The NA – Cocos Keeling path is notoriously difficult. We are therefore committed to investing extra time and effort to secure as many QSOs as possible from this part of the world.

The team members look forward to contacting as many of you around the globe as possible. We will do our best to provide news updates as often as we can.

[SEPTEMBER 29] – The following, recently posted on QRZ.com, is an update to the news we announced way back in December 2021: