[NEWS UPDATE] – Stewie, V73MS announces he’s leaving the Marshall islands on December 24th, returning to West Virginia where he will QRV from home as WV7MS. He appreciates everyone that has made his adventure possible, and it was a fun location to play ham radio. 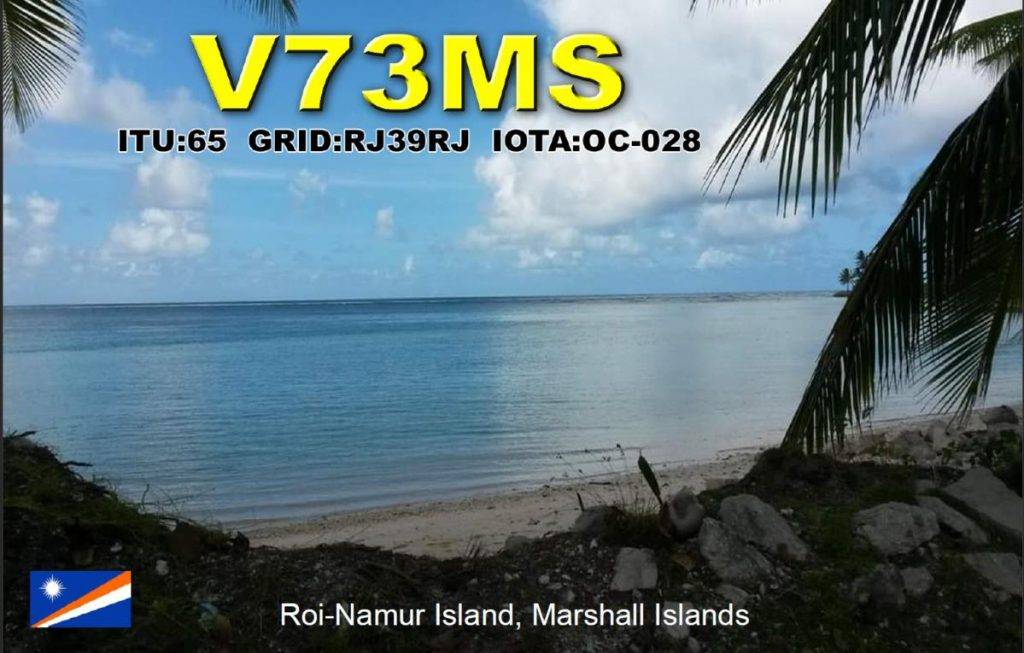 APRIL 2, 2022 – Stewie, WV7MS is a newcomer to ham radio (received his WV7MS license this year) and currently works as a firefighter on the Marshall islands. When time permits, look for him on HF bands as V7/WV7MS using a FT857D and Delta-loop.