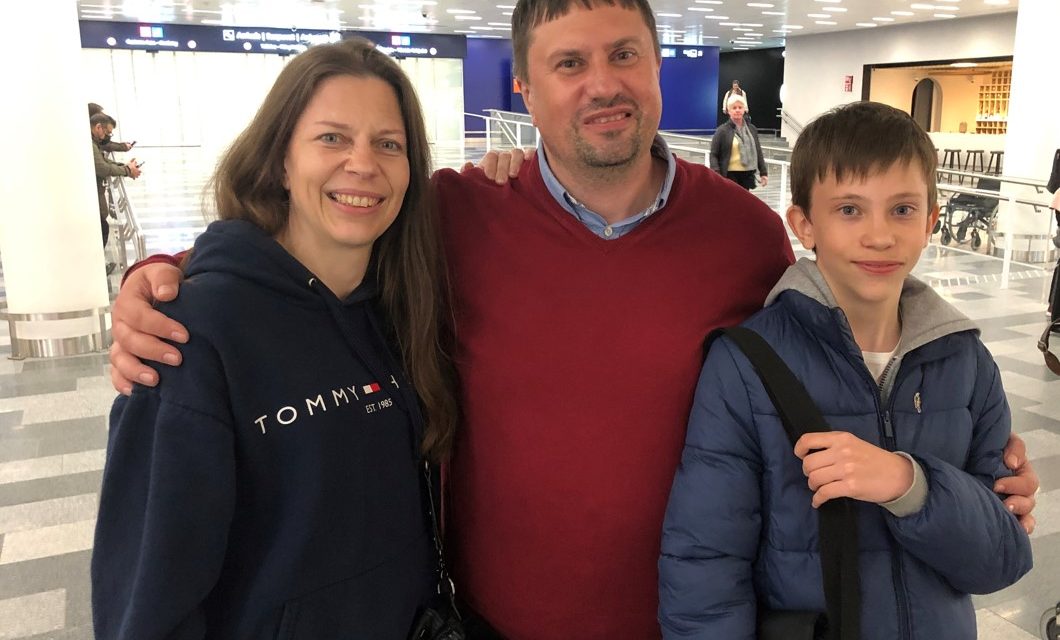 A HAPPY FAMILY REUNION AT HELSINKI AIRPORT MAY 16, 2022

Well-known DXpeditioner Alex, UT5UY has reunited with his family in Finland.

The war in Ukraine has become a heavy weight for the whole world and amateur radio operators alike. It was seventy-seven (77) days ago when Ukrainian amateur radio operators went off air and begun being worried about their families’ safety and future. A month in the bomb shelter has affected Alex, UT5UY’s family and son tremendously and it became clear that only one option remained for Alex: to send his family overseas to safety while he remained in Ukraine defending his homeland. This is the time when the ham community got together to help rescue his family and provide them with a reasonable life outside Ukraine.

With the war continuing and no end in sight, Alex, with a special permit, came to Finland to join his family. You can easily notice his family’s happy faces at the Helsinki airport upon his arrival. After a 50 days hiatus, they came here to assess whether they could start a new life in the North Republic of Finland.

A NEW LIFE IS BEGINNING

Alex arrived in Finland with only one suitcase and his laptop computer, the same as his wife Sasha forty-five days earlier. Their son Daniel, 12yo is now in the school in Finland and his wife Sasha is busy taking two language courses simultaneously. With the high education from Ukraine their potential for a new beginning looks very good. Alex already received his new Finnish radio license at the airport and you will soon be able to hear OH5UY QRV.

Many people have inquired about an opportunity to help Alex, UT5UY/OH5UY with his new beginning. Such opportunity is now available at: PayPal.Me/ut5uysupport

If you have any questions or need additional details for your support please contact Adrian, KO8SCA ciup@yahoo.com or Martti, OH2BH at: oh2bh@sral.fi

Amateur Radio is a unique passion but is not a detached one. Wherever the world is heading, amateur radio always follows. When we see our own in need we should be able to stand up and get involved; both in good times and bad times. So let’s unite now and show our mighty power!

The moment we hear Alex is back on the air and on the DXpeditioning trail we will know we have succeeded!