NEWS UPDATE — Our planned flight with Mauritius Airlines from Reunion to Mauritius and Mauritius to Paris has been cancelled. With the spread of the Covid-19 pandemic to an increasing number of countries, Mauritian authorities have extended travel restrictions to Mauritius and transit.

We were able to rebook at Air France. We fly (hopefully) directly to Paris Orly on Wednesday morning. Then an overnight stay in Paris and the next day to Berlin and Frankfurt. We will (hopefully) be back home 24 hours later. We are probably the only DXpedition that has to extend one day because of Corona. 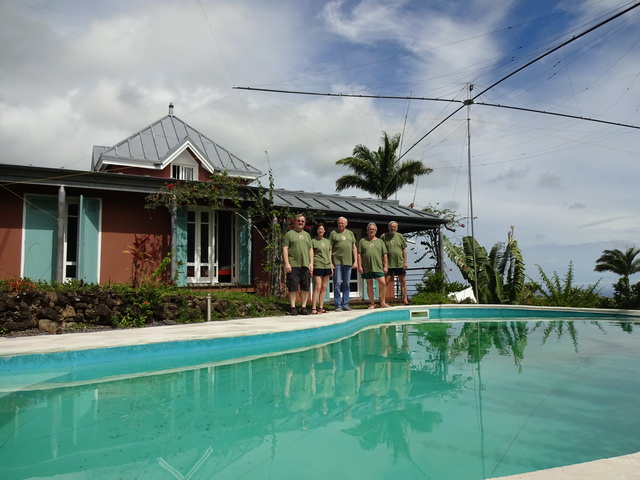 FEBRUARY 22, 2020 — After having to cancel their J2 Djibouti expedition, DL7DF and team have announced their next DXpedition will take place from Réunion between March 4th and 16th, 2020.

They will be active with three stations from 160-10m on CW, SSB and digital modes.

After the recent permission of the 5 MHz band in France and the French territories, the team will also activate 60m.