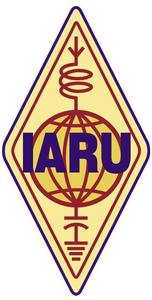 Stafford pointed out, however, that two more affirmative votes arrived “very shortly after the close of voting” but could not be counted under IARU rules. “Under the circumstances, IARU Region 1 requested the International Secretariat conduct a revote for the admission of Kosovo,” Stafford said. He urged member-societies to return their ballots as soon as possible.

Amateur Radio was revived in Kosovo in 2012, and a training and licensing program has been established there.

Stafford also announced that a vote on IARU Proposal 253 resulted in an affirmative vote on the membership application of the Association Burundaise des Amateurs Radio et Télévision (ABART). Sixty-seven votes were received in favor of admitting Burundi. “It is a pleasure to welcome a new member to the IARU,” Stafford said. — Thanks to Rod Stafford, W6ROD, Secretary, IARU