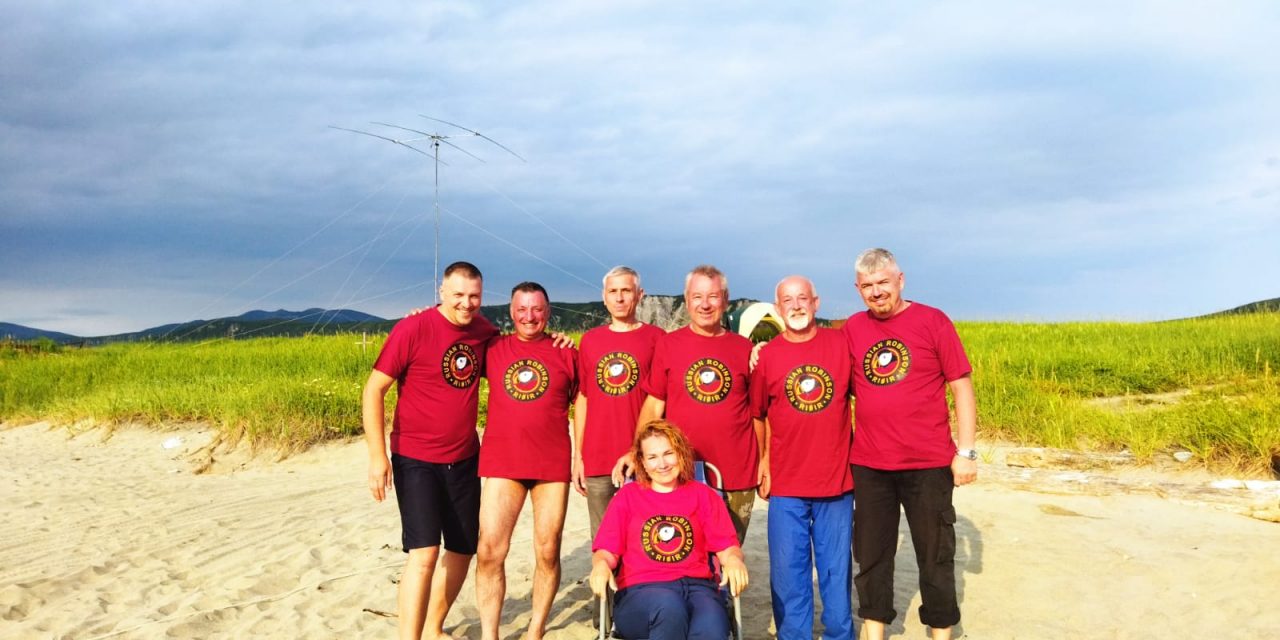 NEWS UPDATE – Some pictures below of the team on Nedorazumeniya Island, AS-059. At the moment only partial logs have been uploaded to TNXQSO (from a Tablet), but the entire log will be on Club Log soon.