Q & A with LA7GIA on way to Bouvet 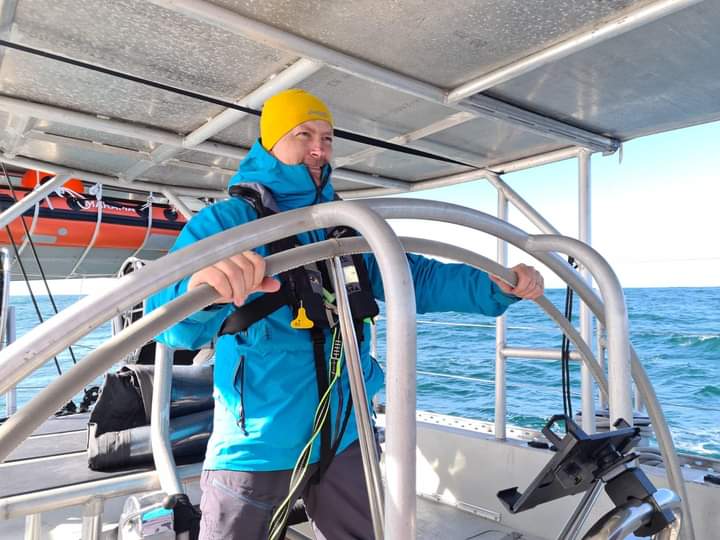 A few guys were seasick, but nothing critical. Not everyone is eating yet. The experts say we will need a few days to acclimate to the movement of the ocean.

Marama is traveling at 7 knots in order to avoid running into the bad weather that is in front of us. Only the smaller sail is deployed at this time.

We have two bathrooms and showers to share amongst us. I had a hard time showering this morning. The floor was rolling beneath my feet but it was fun. Kind of a different shower than I am used to for sure.

We will use some cold water, wet wipes, and powder. Everyone has been instructed to follow Norwegian guidlines, which is to wear wool underwear! We know how to do it in cold wx:)

The food is really good. Nina knows how to cook.

We have a schedule with two team members on duty to watch for vessels, icebergs, and anything suspicious. One guy steers the boat and watches. The other guy just watches for anything unusual. When we run on sail the captain is steering the boat. When on motor power the team members drive the boat. It is quite a lot of fun. The captain tells us to maintain a certain course. Let’s say currently we are at 115 degrees. We make sure to watch the compass and turn the steering wheel to stay on that heading. We don’t want to end up at Peter 1 or ZD8 Ascension Island.

I expect the Starlink antenna to be taken down when we approach bad wx.

We have a professional film producer on board. Peter is contracted to make the video of the DXpedition.

We are reviewing our checklists and starting our preparations for landing on Bouvet.