NEWS UPDATE – The PZ5G QSL (shown below) was printed today and will be posted a few days before HAM RADIO Friedrichshafen 2022. 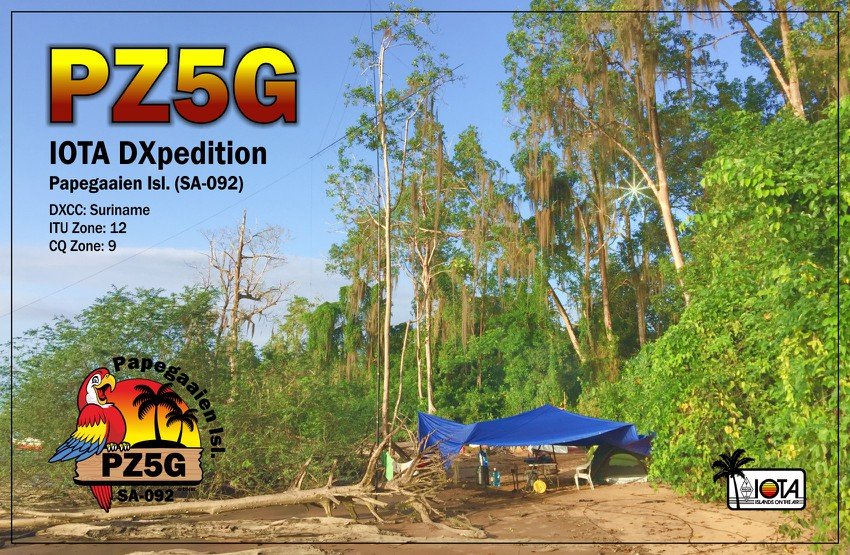 FEBRUARY 26 – Many thanks to Markus, DJ4EL for sending these pictures which depict his PZ5G activity.

Finally we found a good boat for the DXpedition to rare SA-092. I will bring 3 persons with me to Papegaaien island who will support the solo operator. Please consider a donation for my expensive DXpedition to a very rare IOTA in South America. Thank you for your support and see you from the island tomorrow!

OCTOBER 16, 2021 by DJ4EL – “The flooding made us QRT now. Sorry. We were the first team to spend the night and noticed that it is almost impossible to stay on Papegaaien while the water is high“.