[NEWS UPDATE] Alex, OJ0/UT5UY reports that about 4000 QSOs from 80 to 10m using CW, SSB and FT8 have been made so far. However, there is “a very big storm now which destroyed some of our antennas, including low bands. When wind goes down we will try to repair our antennas. Now the lowest band is 30m.” 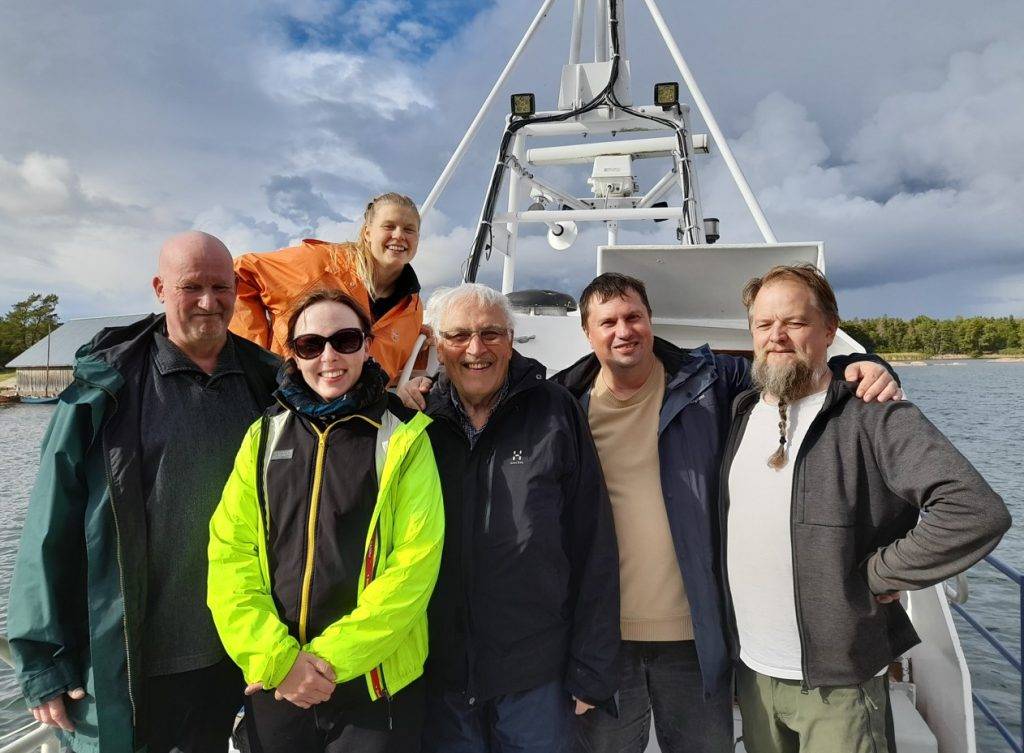 Stian, LB5SH, Alex, UT5UY and Henri, OH3JR and the lighthouse crew prior to their departure to OJ0.

There is a narrow weather window on Friday (September 16, 2022), the only possible chance for the next several days. If the attempt fails, the group will remain in Aland Islands and they will be QRV as OH0 while waiting for the weather to improve. The operation would last for seven (7) days but only if they are successful in landing on this Friday.

Alex once had a dream to get his family temporary relocated in OH and to operate as OH, OH0 and OJ0. Now after six (6) months his dream is about to come true. OJ0/UT5UY is one of the three contacts that you would need in order to qualify for the NGU-award.

To Alex’s delight and the first timer Stian, LB5SH, the Finnish Lighthouse Society (FLS) is sponsoring this operation together with N7NG, OH2BH and OH3JR.

The departure to Market Reef came with such a short notice that Alex will miss meeting the JW0A team in Helsinki, as initially planned.

The American group heading to Svalbard will be hosted in Finland by OH2BAD, OH2BH and OH5LLR. OH2/N4XP will be QRV around 13:00 UTC on 14.210 KHz on Friday and he may report the latest about the OJ0 group’s attempt of landing on Market Reef.