[NEWS UPDATE] Since the initial info regarding D2UY activity (below), Mikalai has been active from Angola on and off for over a year. He was recently on vacation (mid-October to early December) but is again QRV. He now has an antenna for 80m which he hopes to use soon. Look for him on CW and now FT8, too. 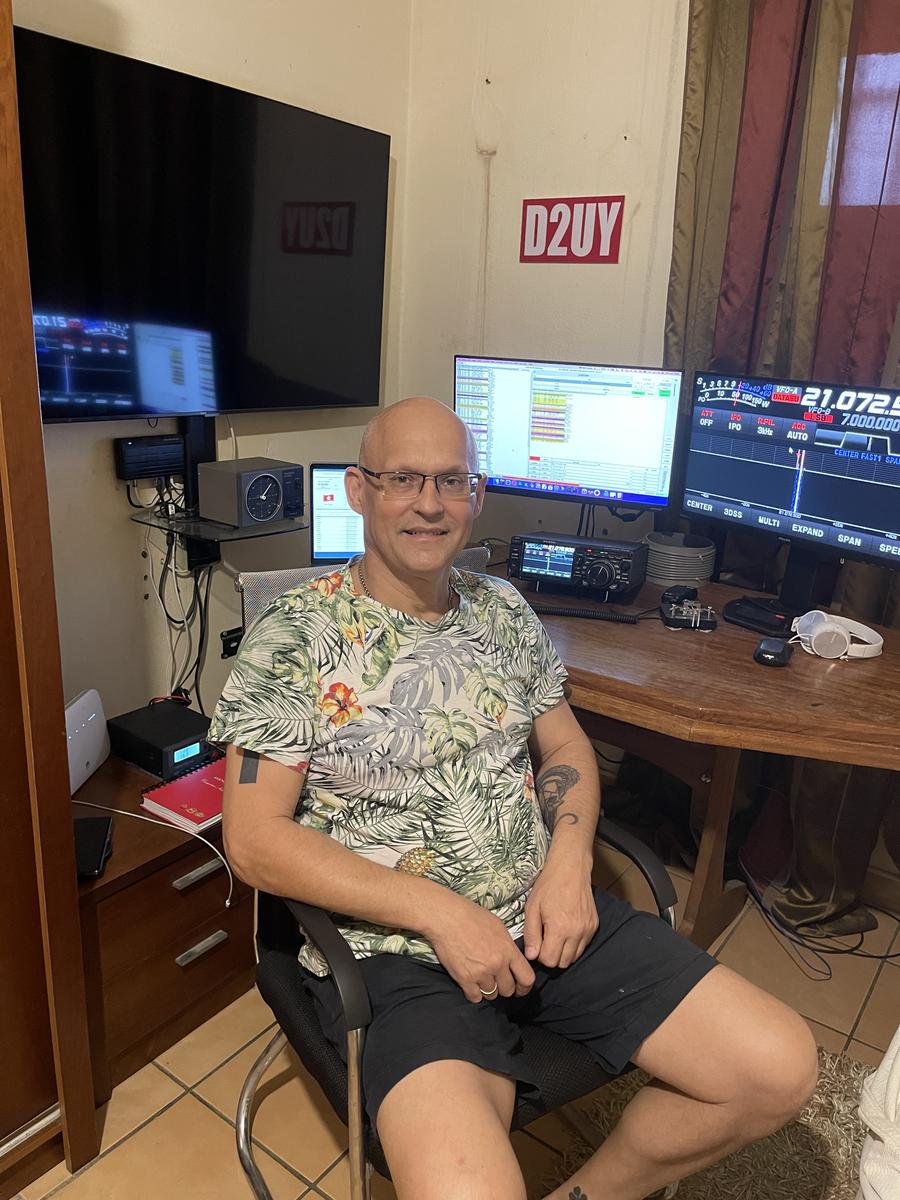 [SEPTEMBER 13, 2021] Mikalai, UT6UY, is now active from Cabinda, Angola as D2UY and lasting for several months. He uses a Yaesu FTDX-10 and a vertical antenna. QRV usually from 16.00 to 23.00 UTC on 20-15-10m, CW only because of very strong local QRM on low bands. QSL route will be known later. Fore more information contact Toly, UT3UY.