After emergency going back my home in JA, I have returned to Tonga, and already resumed on the air A35JP from 25th August 2022. I will try continue this final operation until 30th September 2022. As my primary mission in Tonga is almost completed, this operation will be the final and last time since I started QRV of A35JP in May 2013. Approx 20 thousand QSOs in the log including A35JP/P. Thank you for all stations who called me. It was great experience in my ham life. 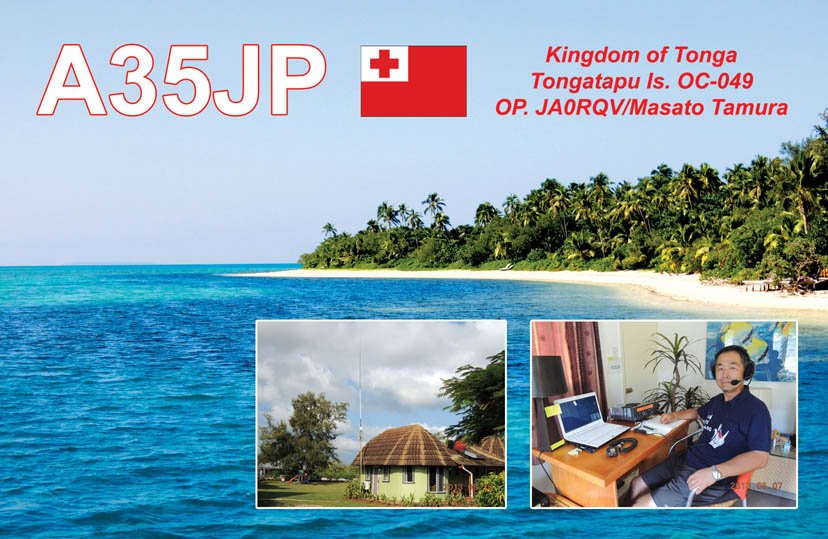 JULY 30 – Due to a family emergency back in Japan, Masa will be QRT from Tonga until approximately .

I am so sorry but I have to announce that my original plan to activate both Niuatoputapu Isl. (OC-191) in July and Niuafo’ou Isl. (OC-123) in August will be cancelled due to technical problems. I will try to continue to be active as A35JP from Nuku’alofa in Tongatapu Isl. (OC-049) from 24th July to end of September 2022.

Masa hopes to activate the following islands on the mentioned dates:

AUGUST 22 – Masa is now QRV from a small cottage outside Nuku’alofa. Activity on 17CW so far. Masa mentioned previously he would send some pictures of his activity for DX-World readers so QRX for these. Below is of a blowhole taken during his last trip to Tonga.

AUGUST 2 – Masa, JA0RQV informs DX-World that he finally entered Tonga from New Zealand on 28th July 2021 and is now staying in a quarantine hotel in Nuku’alofa. After completing 21-days quarantine, he will move to a seaside small cottage (in Nuku’alofa, Tongatapu Island OC-049) and install antennas to activate A35JP – running from late August to early November 2021. QRV on 80-6m; CW, SSB & FT8. QSL via LoTW, Club Log.