NEWS UPDATE – A summary / report of this DXpedition is available to download here (link safe).

On June 23rd this year, DX-World broke the news that 7O/DL7ZM was QRV and the real deal. Scroll down for the info. 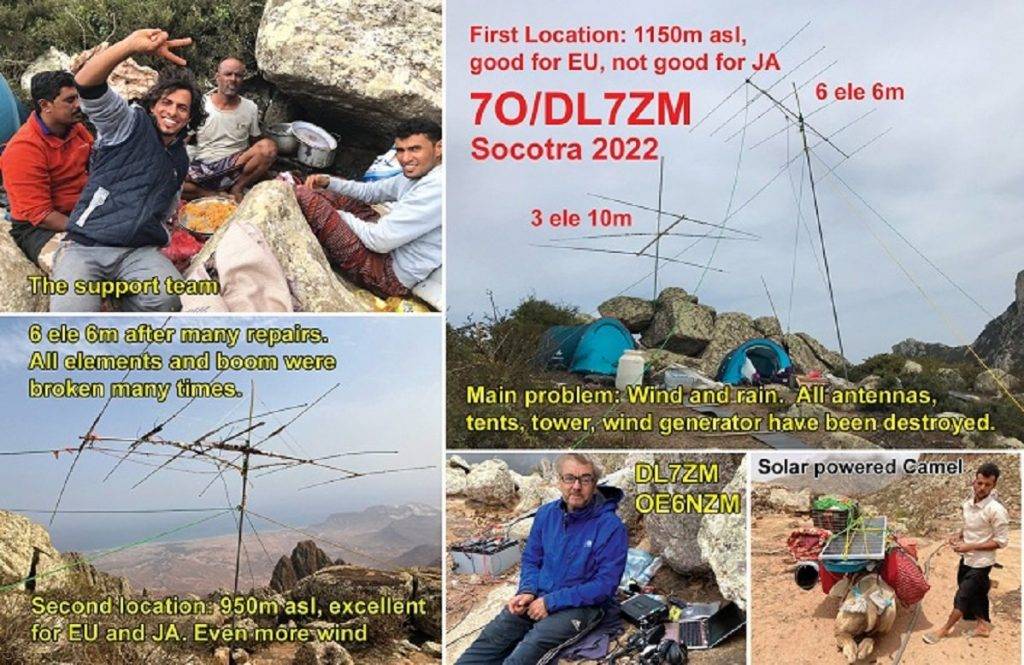 JULY 2 – Today is the last day of activity. The Camel express is soon on its way to collect David. Photos show his broken then repaired antenna. 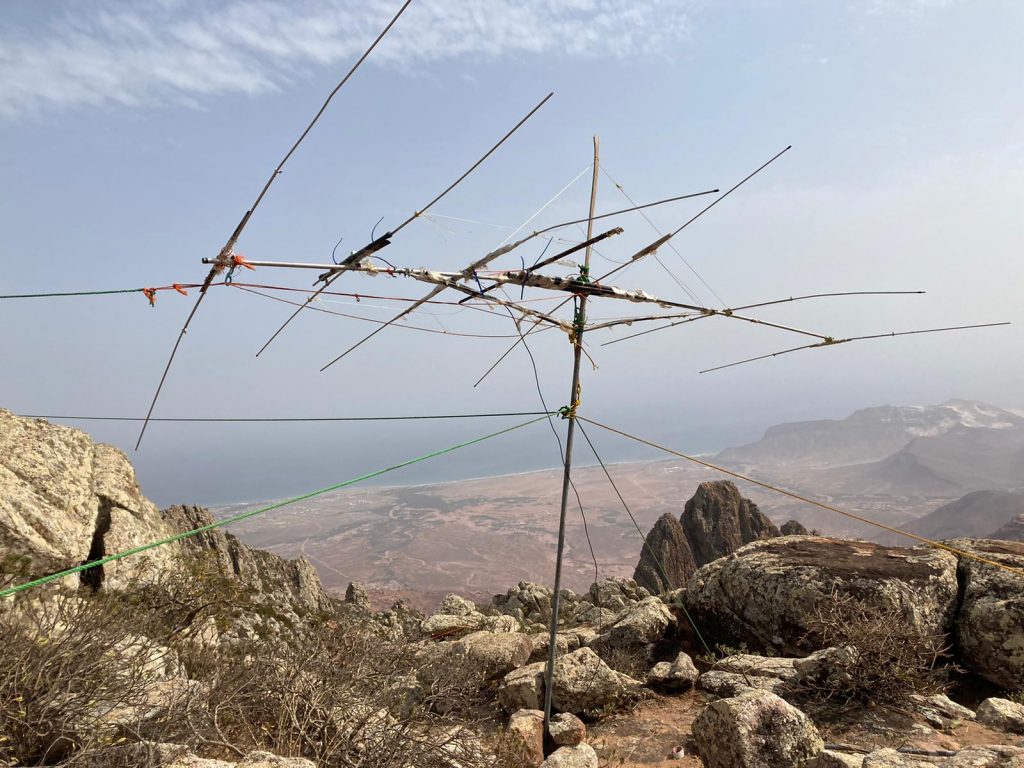 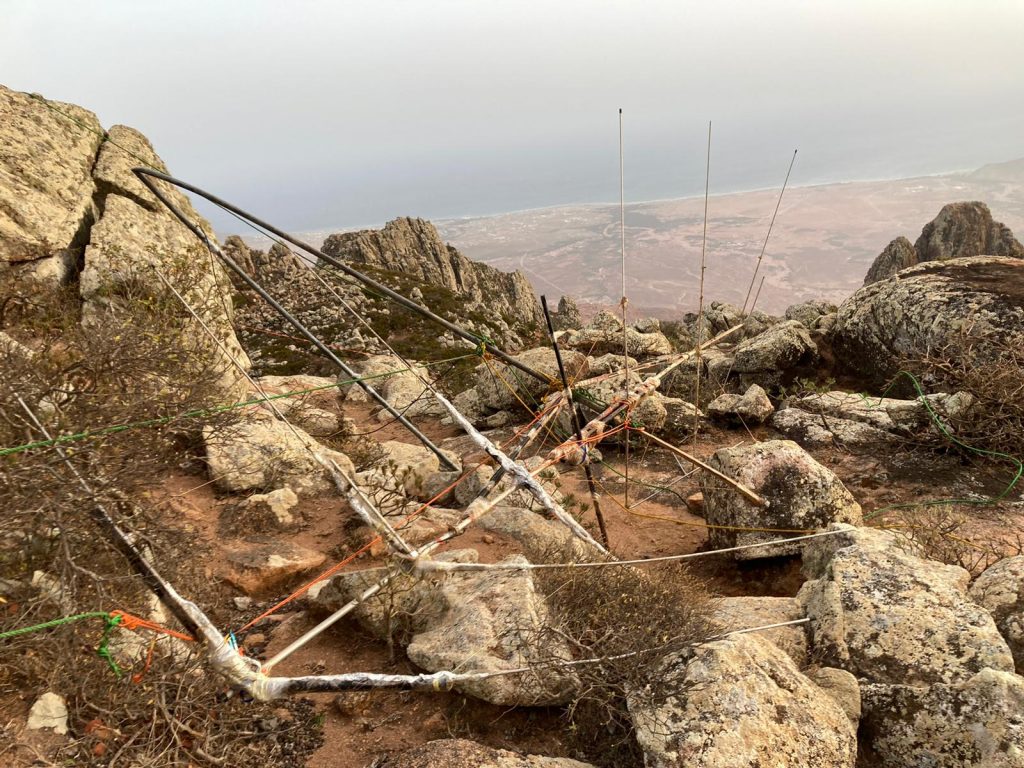 JUNE 30 – Many thanks to Joerg, OE6VHF for passing on the photos of David’s 7O activity: 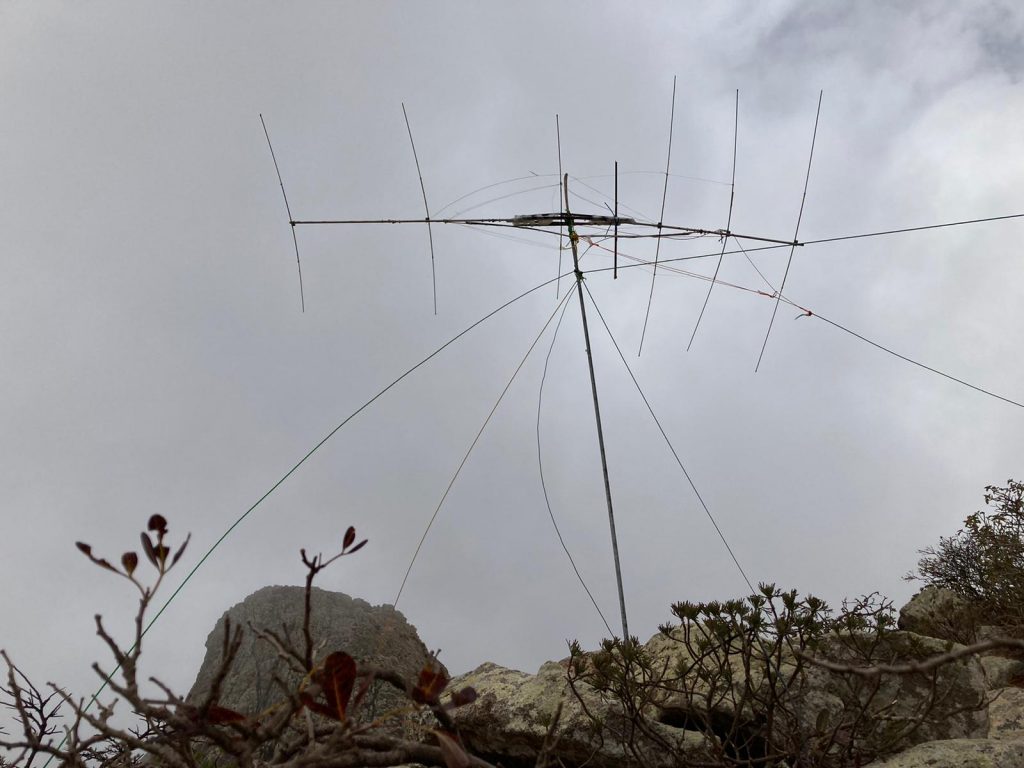 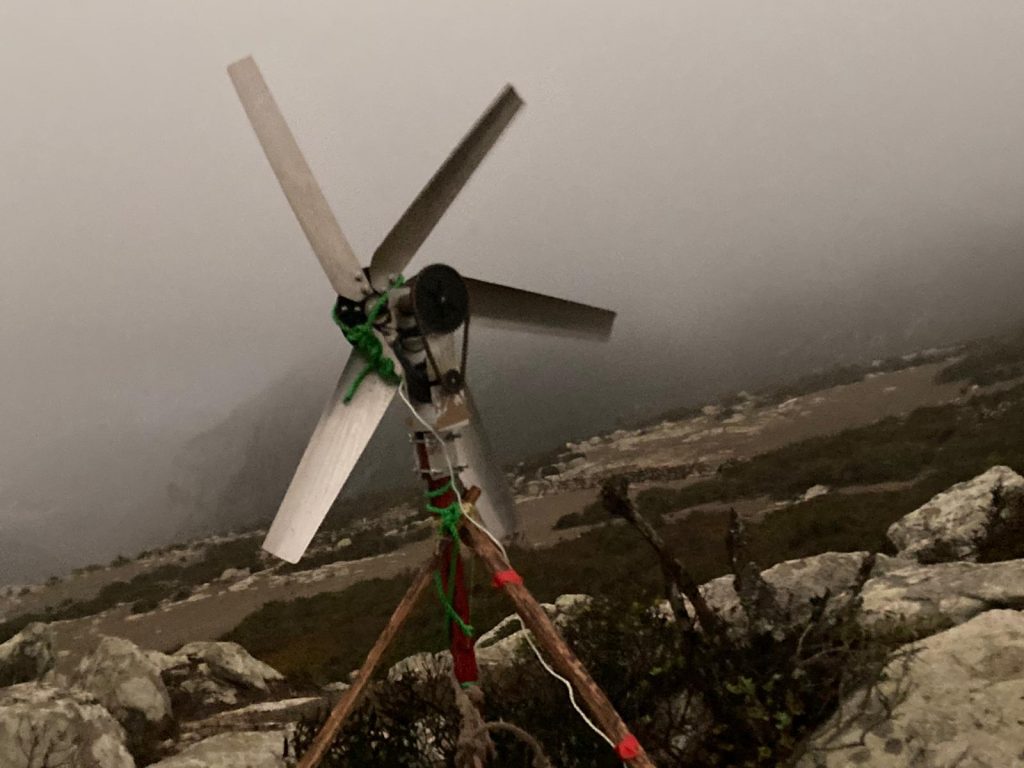 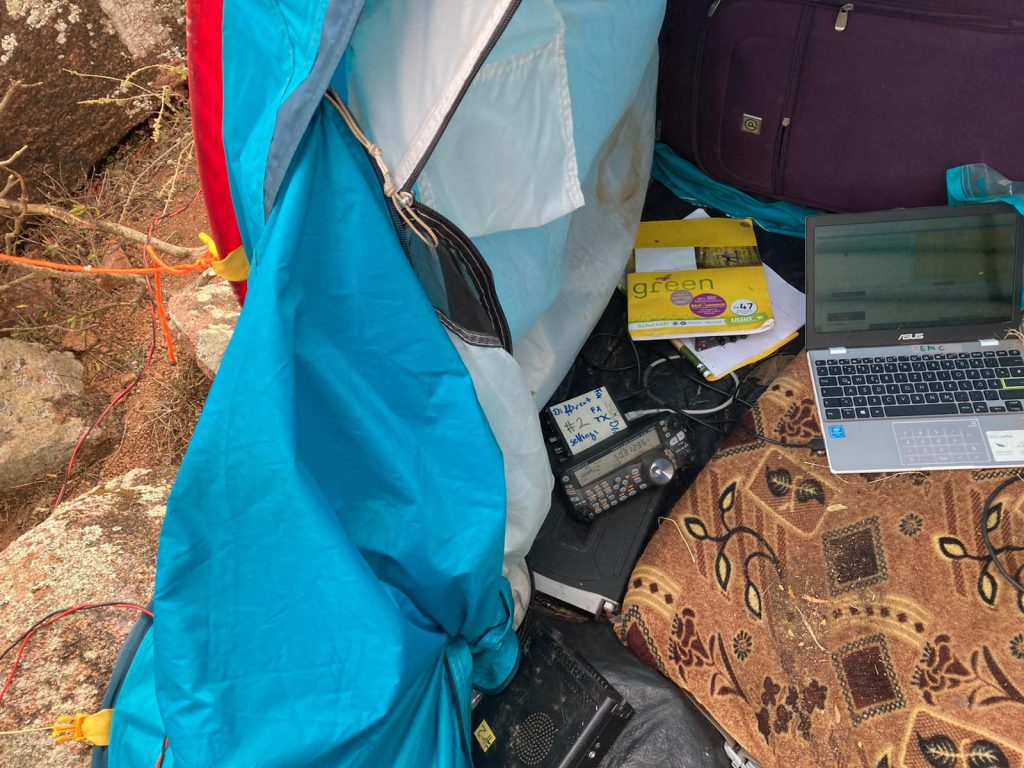 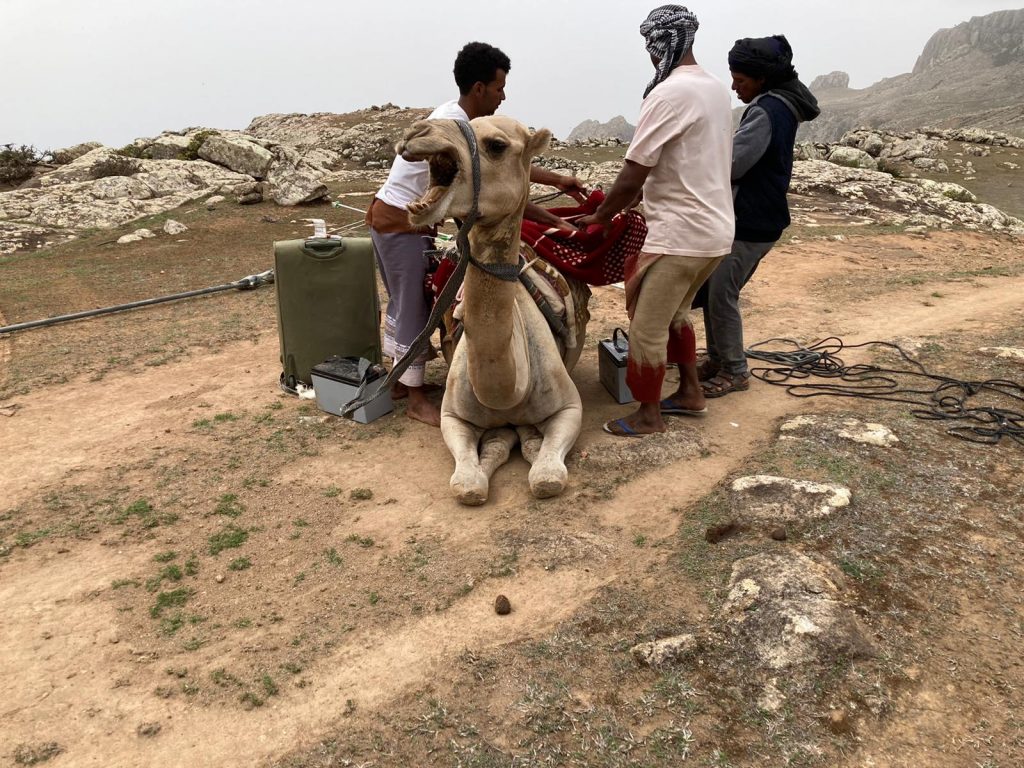 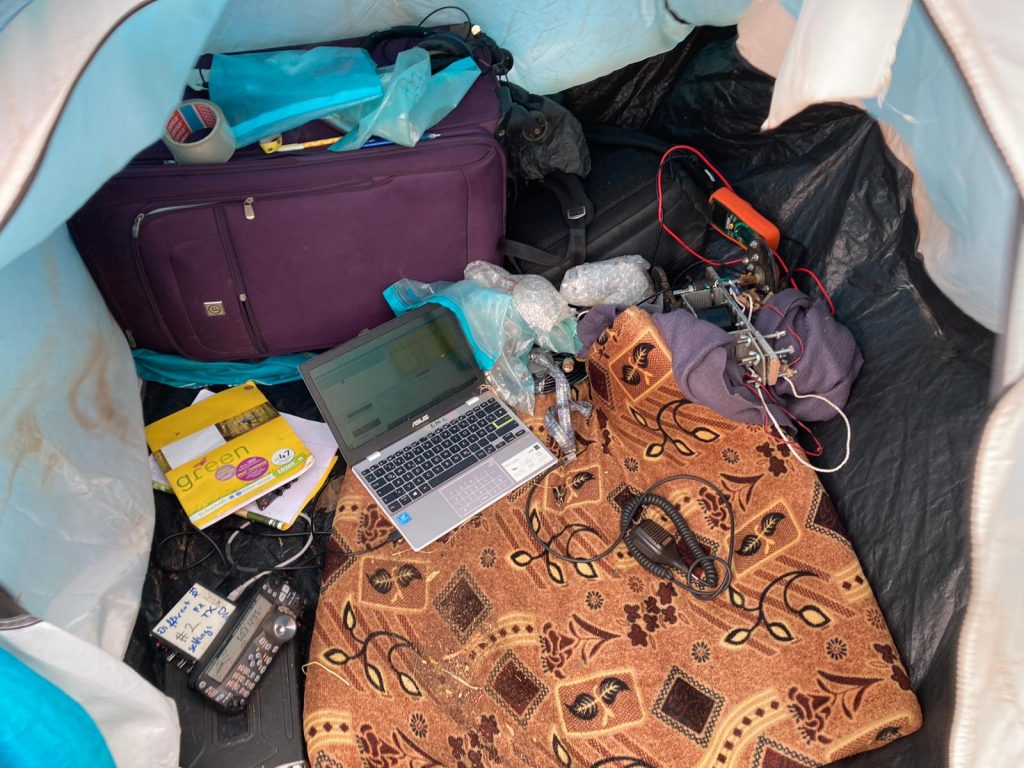 Jeorg goes on to say:

David told me that Socotra has a quite fine cell coverage. Outbound it only has one satellite link, which is not the best one. He is well, but weather and surrounding conditions are hard. He wants to keep it clear: 7O/DL7ZM is no DXpedition. It is a propagation study on defined frequencies, which were coordinated with several authorities and ministries of Yemen.

Today 30-06-2022 he turned off his equipment at approx 17:00UTC. The last hours he made CW / Split only on 6m to safe energy. Nearly all the time clouds, fog and high winds on the mountain. Today he lost his little wind generator. He tries to repair it overnight  to gain even 30W of energy tomorrow. Solar power works (when sun comes out.) He safes energy on batteries for Japan FT8 in the morning. Because of the signals no CW to JA seems possible. Some FT8 JA contacts today. Antenna is at the highest point, his tent is some meters away behind some rocks. For possible communication via mobile phone he has to climb to the antenna, and make his messages there, but is very cold and windy. Yesterday the fiberglass mast and the 6m Yagi broke in the wind. Overnight he has built up  new 6m/10m dualband Antenna. With some damaged material he has built up a new mast (see photo).

JUNE 28 – Thanks to Joerg, OE6VHF for the news update:

Today phone contact with David. He has changed QTH a bit. The QTH is at about 1100m ASL, free to EU & JA & VK, he reached it with foreigners and camels. He works only solar powered, in a little tent. Winds about 100km/h+. He tries to work Japan on 6m. In his opinion best time is 4-6 am UTC. He could decode many JA stations in the past days but, it seems his 100W isn’t enough. So he tries the new QTH beginning 28th June. He expects some more gain to Japan due to topographic effects. He has to leave on Sunday 3rd of July. His focus is 6m. 10m only if he is bored! He couldn’t manage to send a photo via mobile, due to bad cell coverage.

JUNE 27 – Past few days, David briefly showed on 10m SSB. It was thought initially his license covered only CW & FT8. Short video here of 7O/DL7ZM on SSB by IK0OZD. 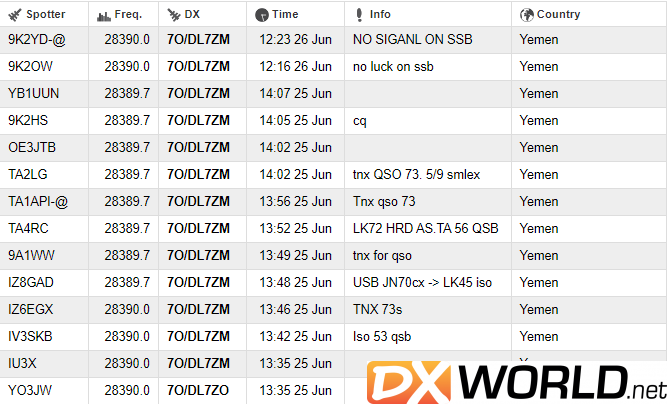 He didn’t announce this activity beforehand as it was not clear if he would get the official permission to operate from the island.